There are lots of events on throughout the region all year round so there’s plenty to do as well as enjoying the sunshine and relaxing.
Almost every village hold and annual Festa or Sagra with live music and plenty to eat and drink. It is a great way to immerse yourself into local life and traditions.

Also, we’ve created a list of local and internationally famous events that may help you plan some activities on your holiday.

Pleas contact us if you would like the specific dates for this year or more information on any of these events or help with bookings and planning your stay.

St. Juvenal’s Race
Narni – Knights run through the city with lances and compete to throw them through rings. An historic procession is held the evening before.

Calendimaggio
Assisi - Where the Middle Ages come to life in Assisi’s picturesque cobbled streets. The old houses are bedecked with flowers and the townsfolk dress in medieval costumes, playing the music and games of centuries ago.

Corsa dei Ceri
Gubbio – One of the most remarkable and truly authentic celebrations in Italy. The festival begins in the morning when the teams assemble the Ceri (candlesticks) for the race. The Ceri are three towering, beautifully decorated wooden constructions, 20 feet high and weighing up to 900 pounds, topped with statues of Saint Ubaldo, patron saint of the town and of masons, Saint Giorgio, patron saint of traders, and Saint Antonio, patron saint of peasants. Trained for the honour from childhood, the teams run these monstrous Ceri over a 2.5mile course through the town and up the steep Mount Ingino to the sanctuary of Saint Ubaldo.

Palio della Balestra
Gubbio – Traditionally every year in May the Crossbowmen of Sansepolcro go to the town of Gubbio to compete with their archrivals in honor of Saint Ubaldo, whose crossbowmen wear medieval costumes designed on the basis of those originally painted by Piero della Francesca centuries ago. The distance of the target from the crossbowmen is over 100 feet.

Gathering of the Blacksmiths
Montone – Masters of the craft of Wrought-iron demonstrate and exhibit their craft. Free admission.

The Opening of the Wine Cellars
Most parts of Italy – Cantine Aperte. An event with steadily increasing participation in most parts of Italy. On this day from 10AM to 6PM local residents, tourists and wine connoisseurs can taste freely the products of the local Umbrian vineyards. Visit www.movimentoturismovino.it to find the participating cantinas.

Procession of Corpus Christi
Orvieto – A wandering priest, on pilgrimage to Rome in 1263 was burdened with doubts until he celebrated mass in the crypt of Santa Christina in Bolsena. During that mass his doubts were abolished when a few drops of blood from a wound on a statue of Christ fell on the altar cloth. This miracle eventually led to the construction of the Cathedral of Orvieto, a masterpiece of craftsmanship and beauty. The blood-stained altar cloth leads the annual Corpus Christi procession and the world-renown parade starts at the Palazzo del Capitano del Popolo and ends at the Cathedral. The magnificent period costumes are all handmade to historical specifications by local seamstresses and the medieval streets jump to life with banners, drummers, flag throwers, music and stalls of food. Not to be missed.

Infiorata
Spello – The traditional festival of Corpus Domini marked by wonderful works of art created literally on the streets using thousands of different colored flower petals. The artists work all night on the Saturday before and to see it at its best, it is wise to arrive early on Sunday (7-8am). A MUST SEE.

Water Festival
Terni – Dates back to the celebration of the Summer Solstice. Held at Lake Piediluco it features boat parades, fireworks and symphonic concerts.

Spoleto Festival
Spoleto – Begun in 1958 and internationally renowned festival celebrates the performing, literary, and visual arts with non-stop performances of Opera, orchestra, concerts, ballet, prose readings, film and theatre. Information can be obtained at 800-565-600 from within Italy. www.spoletofestival.net

Umbria Jazz
Perugia – Internationally renowned Contemporary jazz festival held in Perugia since 1973. Not just Jazz, but a host of International music stars have performed at the festival, such as Eric Clapton, Tony Bennet, Santana, Prince, Lada Gaga and many more. This is a 10 day feast of fine music with many free performances in the historic centre of Perugia. For up to date information and details of this year's programme -  www.umbriajazz.com.

Preggio Music Festival
Preggio – Fine singers and musicians perform under the stars or in the shadow of a 10th century Romanesque church.

The Roman Theatre Season
Gubbio – An amphitheater used as a stage for plays written by classic authors.

The Italian International Hot Air Balloon Grand Prix
Todi – Up to 70 hot air balloons will participate arriving from countries around the world. The balloons are inflated twice daily, once in the morning and again in the evening creating unforgettable photo opportunities. There will be many side attractions at the launch site for the whole family.

Mussel Festival
Cittá di Castello – Dozens of open-air cooking stands prepare the shellfish in a least ten different ways and by the end of the feast, at least a ton of mussels will have been consumed at rustic tables set up outside the city walls for the occasion.

Fish Fry
Passignano sul Trasimeno – Festival with the biggest pan in the world offered on the scenic shores of Umbria’s largest lake. There is also a boat race.

Trasimeno Blues Festival - A host of Italian and International blues artists perform in the towns, villages, beaches, (even on the lake!!) around Lake Trasimeno. The majority of the concerts are free.

Ferragosto
All of Italy – 15 August - This commemorates the assumption of Mary, the mother of Jesus, into heaven. Italy virtually shuts down. August is considered “vacation month” from the first day of August. Keep this in mind as you plan your holiday because not only during, but also slightly before and after this holiday everything in Italy shuts down including most tourist attractions, supermarkets, stores, banks, public services and businesses. If this holiday falls on a Tuesday or a Thursday, the Monday or Friday in-between is treated as a ponte (bridge) holiday and stores and services remain shuttered. Take note and check specifically before you plan your holiday to make sure that the sights you want to visit will be open! On the other hand, a holiday in the country is perfect and Umbria offers a varied assortment of food and music festivals, lively events offered mainly in the evening.

Fuga del Bove
Montefalco – Bull race that has been run since the fifteenth century. Each neighborhood is represented by a bull that is herded, coaxed, bribed with food, and “bullied” to finish first. A strange contest accompanied by music, wine, flag-throwing contests, dancing, food and incredible views from this tiny, medieval walled town. Montefalco is famous for its cloth using techniques passed down from the Middle Ages.

Sagra Musicale Umbra
Perugia – Founded in 1937 it is a festival that focuses on sacred music and 20th century music.

Celebrations for St. Francis
Assisi – Liturgical ceremonies in honor of St. Francis held in the Basilica at Assisi.

Chestnut Festival
Preggio – All the basement rooms of the old houses of the village open up as tiny botteghe and restaurants, featuring varied menus that include roasted chestnuts and dishes made with chestnuts. Local artisans display their crafts.

Eurochocolate
Perugia – An annual event in Perugia dedicated to the chocolate for which it is famous. Some 300,000 visitors devour 50 tons of it. Chocolate tasting, shows, workshops and chocolate sculpting. Chocolate sculptures such as the Berlin Wall are recreated in chocolate bricks. During the two weekends of the festival, there is a shuttle bus from the parking area to the gates of this gorgeous medieval city. www.chocolate.perugia.it A chocolate lovers dream!

National Truffle Show and Market
Gubbio – Stands are set up in the historic centre of this ancient town and the famous truffle is presented in every possible fashion. Also cheeses, marmalades, honey and local liquors.

Trade Fair of the Truffle
Citta di Castello – Celebrates the white truffle, one of the most sought after species, which grows in fair quantities in the Upper Tiber Valley. The white truffle is valued on many accounts: its intense and absolutely unique aroma, its size and shape which should be as even and rounded as possible, its peerless flavor which is best brought out and served uncooked, since it requires neither sauces or dressings. Other woodlands products available: mushrooms, chestnuts, honey, oil, wine and cheeses.

Umbria Jazz Winter
Orvieto – Winter edition of the famous festival. Held the city’s historic buildings is features a special celebration on New Year’s Eve. The closing concert is held in the famous Duomo and features a gospel choir. 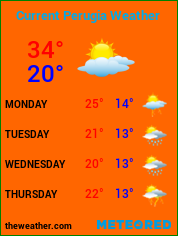 To make a reservation now, you can also use our online form.